Grading for equity : what it is, why it matters, and how it can transform schools and classrooms 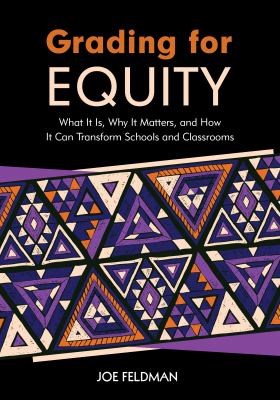 Books are located in Haggard Hall 154

"For some time, traditional (A - F) grading practices have been under fire from a wide range of stakeholder. Grading policies are wildly inconsistent from classroom to classroom, frequently misguided, uninformed, and frequently based on subjective judgments. Of even more concern, our grading practices exacerbate the achievement gap. It is well-documented that African-American and Latino students, boys, as well as special education students, are disproportionately suspended and expelled, influenced by teachers' unconscious but biased judgments of student behavior.